For the first time in several years I had the entire house to myself for the entire week. My wife, children and in-laws all skipped town to go see my brother-in-law get married. I would have gone too, but I wasn’t able to get the week off of work to make the trip up to Michigan. I stayed home, worked Monday through Friday, and kept an eye or two on the dogs to make sure they stayed out of trouble.

On the week nights I didn’t do too much out of the ordinary. For the most part I would come home, clean up, feed the dogs, and, if I could stay awake long enough, watch a movie on Netflix from the category “Stuff you aren’t allowed to watch with the kids in the house.” The list includes Battlestar Gallactica, Caprica, Rush Hour,and Highlander. My wife doesn’t seem to want to watch Highlander with me much anymore. Well, that isn’t exactly true– she really never wanted to see it from, I suspect, the moment of her birth. Especially impressive since Highlander wasn’t released until several years after her original birthday. I’m not sure what her exact stance is on the four sequels and the cable television series, but I suspect it lands somewhere in the– and I’m being generous here– “unfavorable” to “throw the lamp into the television to make it stop” range.

So what about the weekend? On Saturday night I went out with a friend from work to play laser tag. I used to play a lot in high school, but I think it has been at least 15 years since I last strapped on a laser tag vest. While there have been some minor technological improvements, the game is pretty much the same as I remembered. Right before leaving the house I started a load of laundry. This explained why, when we entered the black-light lit staging area, my hands were glowing bright white. Maybe I’ve watched a few too many episodes of CSI, but I kept thinking that everyone else was thinking that my hands were recently covered in blood or other bodily fluids. I would have gotten away with killing that hobo if I hadn’t gone to play laser tag after having disposed of the body in a wood chipper. I’ll remember that for next time.

That about wraps up the notable activities for the week. Everyone is coming back tomorrow evening, so things will be back to normal when I come home from work tomorrow night. Hmm… maybe I have enough time to watch Terminator 2 before I go to sleep tonight.

I’ve peered into my 17-months-into-the-future crystal ball, and a disturbing development has come to light. An unnamed evil marketing company has developed a new interactive robo-calling computer with the objective of selling a specific product or service.  This practice, known as “Siri Snooping,” can simultaneously interact with tens of thousands of humans using countless different voice patterns and vocabulary sets based on individual personal data. Authorities are trying to track down the physical location of this rogue computer system with their primary suspect being, of course, “Watson! The Jeopardy Winning Computer.”

I hurt my back last week opening the rear door of my UPS truck.  The chiropractor took x-rays of my spine and explained how a healthy back should curve like the letter “S”.  My back looked more like a combination of a treble clef and the unpronounceable symbol used by the artist formerly known as Prince. 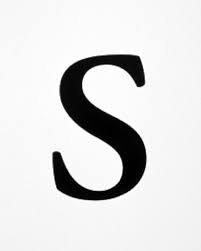 Welcome to part seven of my randomly ordered, finite but arbitrary large set of financial tips:

Hoard food coupons that do not contain expiration dates. If started early and executed properly, this method will provide free food between the years of 65 and 103.